** Sign up below for Scooterjon’s monthly newsletter!  Thanks for reading! 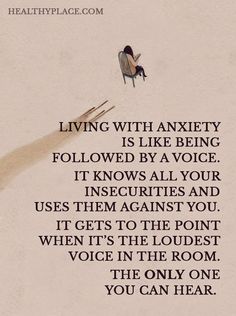 Nowadays, there are many self help groups, books and CDs to help people with nervous illness aka anxiety/panic attacks. When I had my first anxiety attack I knew what the word anxiety meant but that was about it! I didn’t know any of the things that happen to people when they have an attack. I was very healthy, active and had a good job! At that time very little was written about anxiety in my world of health clubs.

My anxiety really took hold of me in 1991. I was lucky enough to have a MS counselor at the time named Elizabeth. She was aware of anxiety with MS patients. I told her some of the nervous problems I’d been having. Elizabeth gave me the name of a doctor who worked extensively with panic/anxiety attacks. The doctor’s name was Dr. Claire Weekes.

Dr. Weekes was from Australia and had written several books about panic and anxiety attacks. Since I wasn’t going to Australia when my meeting with Elizabeth was over I drove immediately to a book store. Dr. Weekes’ books were there so I bought one.

In Dr. Weekes’ books she explains how to face and overcome panic/anxiety attacks. She explains it all in very simple terms. In the end I eventually bought and read four of Dr. Weekes’ paperback books. I still have them around my apartment somewhere for occasional reading. Dr. Weekes’ first book, published in 1962 was called “Hope And Help For Your Nerves”.

This book has sold more than 300,000 copies and has been translated into fourteen languages. The bestselling step-by-step guide that will show you how to break the cycle of fear and cure your feelings of panic and anxiety. I highly recommend this book. To order click on the image below.

Back in ’91-’92 I was driving all over Minneapolis and suburbs to bid on commercial carpet cleaning jobs. Why was I so anxious? The answer is that I’d read somewhere that people with MS can lose control of their bowels. Of course, I’d have to be one of those people!

That was it! That’s all! I would obsess about it! I’d lay awake at night thinking about it! I’d wake up early to obsess some more! I’d joke to myself that I knew every restroom in Twin Cities. Finally, in 1991 I obsessed so much that I did have a BM driving to a bid! Was it MS though or anxiety? Looking back, I think it was from anxiety!!

From that day forward until now in 2018 in my little pea brain I think every time I drive I could possibly have another BM. If I let that thought get into my head the night before I will stay awake all night obsessing. The more you obsess about something like that the worse it gets! You are worrying about nothing! To not think about that though is easier said than done.

There was actually a couple of times when I didn’t want to leave my home to do a bid. I literally couldn’t move. It’s like I was frozen! Another time I got to the doorknob in my home but couldn’t turn it. lol Then there was the time it took me four trips to my front door before I finally was able to leave. Folks, I was a real nutcase!! I wondered how I would ever get anything done?

I remember many times pulling my pickup over and pulling out a Weeles’ book. I would read parts of the book when I’d start having an anxious moment. This was all due to the fact I might have a bowel movement because of my MS. Pardon my language but I was a LOONEY!

Dr. Hazel Claire Weekes MBE, (April 11, 1903 – June 2, 1990) was an Australian general practitioner and health writer. She is considered to be by some as the pioneer of modern anxiety treatment via Cognitive Therapy.

In Weekes’ books she avoided using the term “nervous breakdown”. She felt it was unscientific and unnecessarily alarming! She also avoided the term “anxiety state” as she felt it was too “medical” for the purpose of her books. She decided to replace the term with “nervous illness” instead.

Dr. Weekes was concerned by the severe long-term effect the disorders had on her patients’ lives. Many people had tried and failed with psychiatric treatments like psychoanalysis. Instead, Weekes developed a program of treatment based on ideas from Cognitive Behavioral Therapy.

Weekes noted for example that patients did not suffer from anxiety problems because they had flawed personalities or traumatic childhoods. Rather, the problems were caused by the patient having a habit of fear-avoidance made worse or caused by a very responsive “sensitized” nervous system.

Weekes explained first fear is the fear that comes reflexively, almost automatically. The patient usually immediately recoils from it and as he/she does this he/she adds a second fear to the first.

Weekes’ program was first given to her own patients and then as word spread of its success to others in the form of records and cassette tapes. Eventually, she developed a self-help pack consisting of a book and a cassette.

On the recordings Weekes guided patients through a program. She summarized the program as follows. A patient has to face the feared situation, accept the feeling of panic, float through it and let time pass.

Weekes’ second book, “Peace From Nervous Suffering” was published in 1972. This classic anxiety-relief guide from the author of “Hope And Help For Your Nerves” has brought solace to over a quarter million readers coping with panic attacks and agoraphobia. I also recommend this book. To order click on the image below.